The CMS Europe is delighted to announce our support for The Golden Vines Diversity Scholarships in association with Liquid Icons and the Gerard Basset Wine Education Charitable Foundation.

The Golden Vines will be awarded to the world’s best fine wine producers as voted by members of the global fine wine industry from the polling carried out in the annual Gerard Basset Global Fine Wine Report. The event is crafted as the ‘Oscars’ of fine wine. The CMS Europe encourages all Master Sommeliers, Advanced Sommeliers, and Certified Sommeliers – as well as all of its students – working in the fine wine trade to complete the survey to support the Golden Vines Diversity Scholarships and other diversity & inclusion-related initiatives.

The Report survey takes less than 5 minutes to complete and can be accessed at liquidicons.com/reportsurvey

The Golden Vines Diversity Scholarships, Internship & Mentorship Programmes will fund two aspiring black and ethnic minority students wishing to take the Master Sommelier (MS) and/or Masters of Wine (MW) programmes. The Diversity Scholarships will be worth up to £55,000 for each scholar to cover the entirety of their course and examination costs, as well as the loss of earnings during their work placement internships.

The Gerard Basset Wine Education Charitable Foundation has chosen to fund diversity scholarships as the fine wine industry is shamelessly lacking in diversity. For example, there are a very small number of BIPOC MSs (mainly in the USA) and no black MWs. The Foundation hopes to make a difference to the world by creating the opportunity for black and ethnic minority students to study for the top qualification in the wine industry.

Any BAME/BIPOC wine professionals, wherever they reside, with the requisite qualifications to apply for the MS and/or MW programmes (or currently on these programmes), who wish to apply for the Golden Vines Diversity Scholarships should apply online during the application window which begins on 8th March 2021 and closes on 16th April 2021 at liquidicons.com 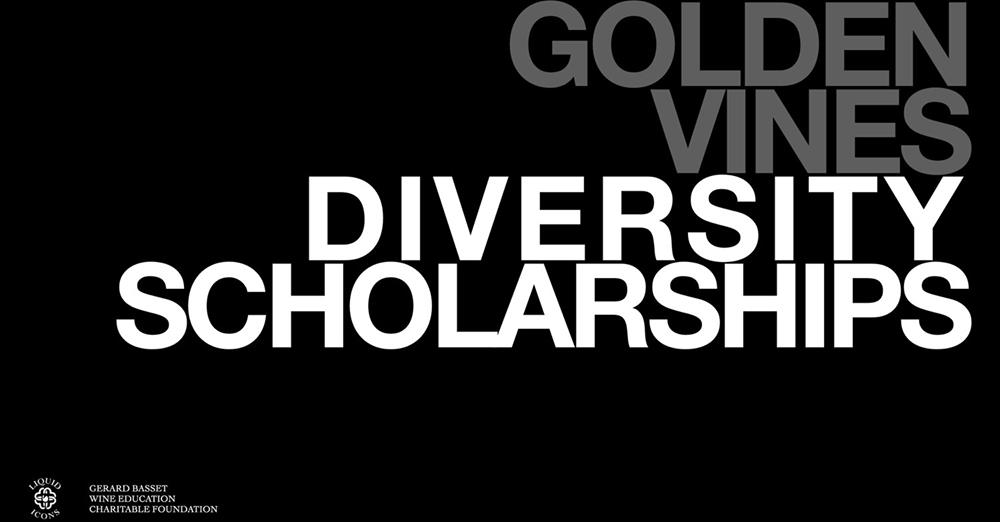